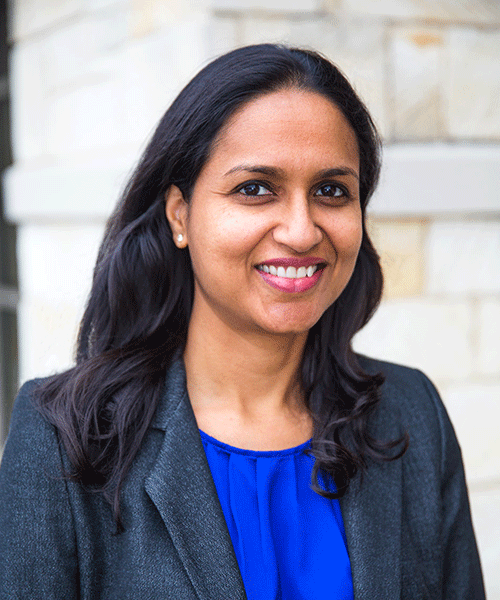 Ever since I was a young girl, helping and caring for others has always been a strong part of my personality. And growing up in a household with parents as physicians, I was able to witness the life-changing impact they had on their patient’s lives. Along with my interest in science and human physiology, I gravitated towards choosing medicine as my career.

As a nephrologist, I love the diversity involved in the practice. From dialysis and outpatient care to hospital care, I love interacting with a myriad of different physicians and health care professionals. Being able to impact my patients’ lives in a positive manner is truly rewarding. At DRG, we value teamwork and camaraderie that ultimately allows us to provide the best care for our patients.

My philosophy of care is to treat the patients the same way I would want my loved ones or myself to be treated. I believe empathy and compassion are the keys to great patient care. To me, listening to the patients and educating them about their conditions are important aspects of helping patients take control of and improve their health.

what patients are saying...

“Dr. Danda is great.  She is very good about explaining what is needed in my care.  The office staff are always very friendly and helpful.”

Our first encounter with Dallas Renal Group was in November, 2006. Following a year of undiagonsed illness, Bob was taken to Charlton Methodist ER and was quickly moved to CICU.  Early in his stay at Charlton, Bob required a Code Blue recesistation.  All his vital signs and organs had shut down.  He was In ICU for four months and was in the hospital a total of nine months.  During these nine months, Dr. Danda and Dr. Chimata oversaw Bob’s kidney care.  He was placed on dialysis. Dr. Danda and/or Dr Chimata were there daily to oversee his dialysis and his overall medical treatment. They worked with a team of 5 other specialist to insure Bob received the best treatment possible.

After Bob gained sufficient strength and an improved physical health, they coordinated getting Bob placed on a list to be considered for a Kidney Transplant. Dr. Danda and Dr. Chimata worked with the transplant medical team and Methodist Specialty Transplant Hospital in San Antonio to make this dream of a transplant a reality.  In September 2008, Carol was successfully able to donate one of her kidneys to Bob.

Over these past 5 years, Dr. Danda and Dr. Chimata have kept close followup on Bob’s kidney functions and his overall health.  They have returned after hours calls as needed. They have worked Bob in to their office’s busy schedule on an emergency basis if needed.  Bob has had pneumonia 5 times since his transplant due in part to his compromised immune system.  Dr. Danda and Dr. Chimata faithfully made their rounds during each of these hospital stays as well as to the rehab hospitals,  where Bob was sent after each bout with pneumonia.

It has been 7 years since Bob first was placed on dialysis and 5 years since his transplant,  Thanks to the excellent care received from Dr. Danda, Dr Chimata and their entire team at Dallas Renal Group and Liberty Dialysis, Bob is looking forward to a long healthy life.

I thank God for Dr. Danda. She is the best.

Office staff was very polite.  We always receive excellent care here.  The front desk to the back desk are always very friendly and helpful.  Love the service here.

Service in the office was excellent. The staff is polite and helpful.  Dr. Danda has been absolutely wonderful.  She has been a blessing in every way for us.

The care we have received from Dr. Danda continues to be thorough.  We agree with so many of the reasons why she is held at high esteem.

The visit was overall excellent. The doctor and staff were very nice and covered everything thoroughly.  Couldn’t be any better.

The service was excellent and everything was explained to me in detail.  She listens to all of the things I had to say. What a pleasant atmosphere to be in.  The staff was polite and helpful.

Dr. Danda is a very good doctor, and the staff is very helpful.

Everything at the office was great. The staff was polite and helpful.

Read all of the testimonials here.